Driving the Rob Walker-entered Lotus 18, Stirling Moss is shown leading the Ferrari’s of Ginther and Hill as they round the Gasworks Hairpin. Overcoming a significant horsepower disadvantage, Stirling drove what is considered to be his greatest race to defeat the might of the works Ferrari team to claim an historic victory. 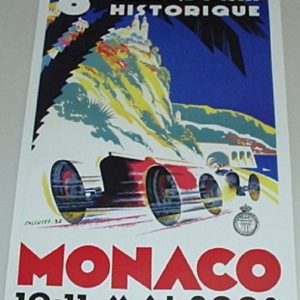 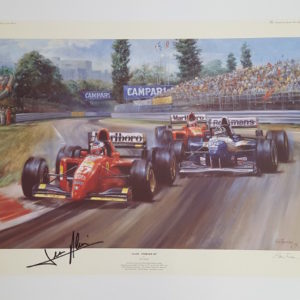 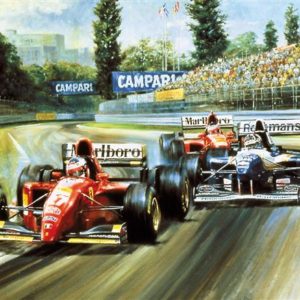 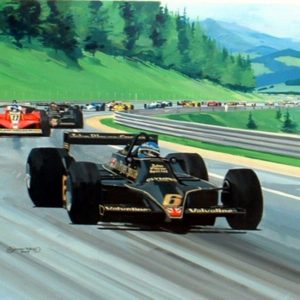 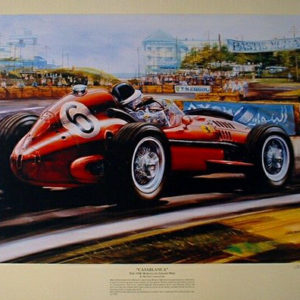 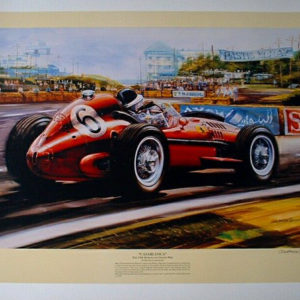 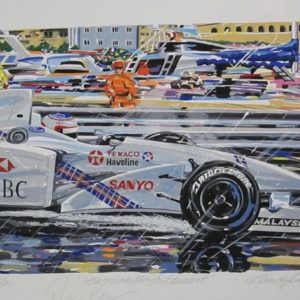 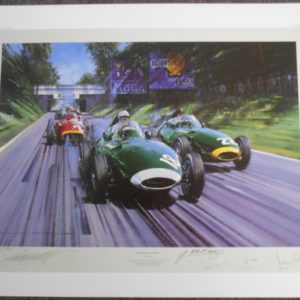 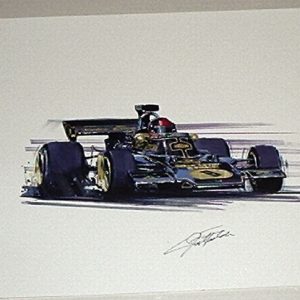