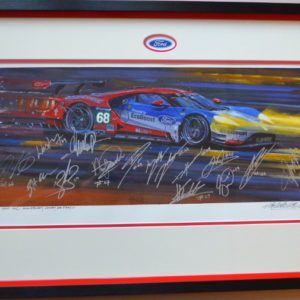 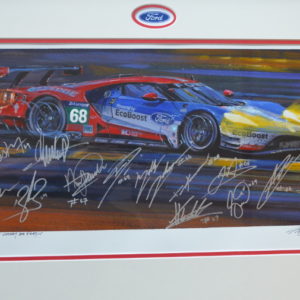 Original Nicholas Watts painting commemorating the Ford historic class victory of the LM GTE Pro Class at the 2016 Le Mans after a staunch challenge from Ferrari. The class victory came on the 50th anniversary of the first of four outright victories for the Blue Oval in 1966. 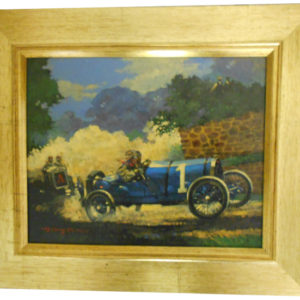 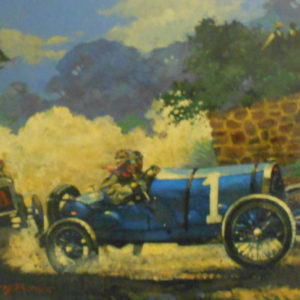 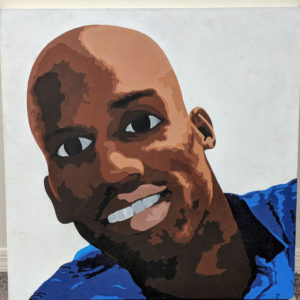 Boxing, Golf, And Other Specials 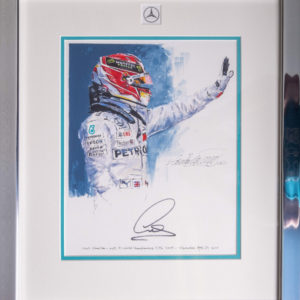 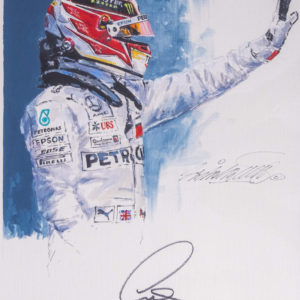 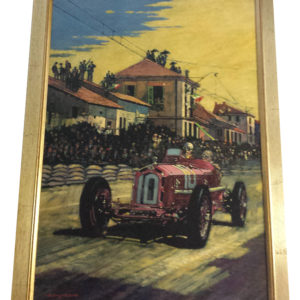 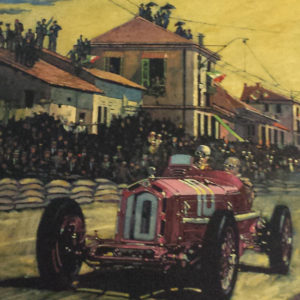 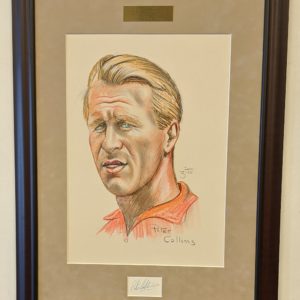 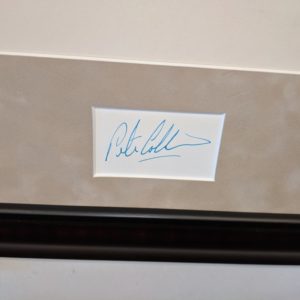 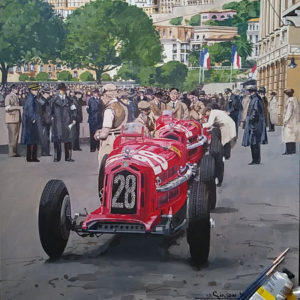 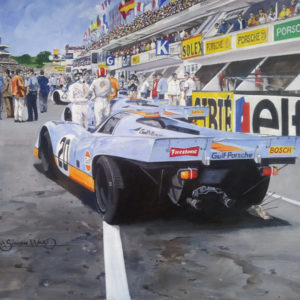 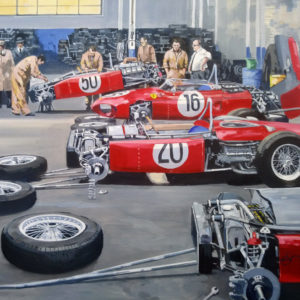