The Print is entitled “AMERICA’S CHAMPION” and it the shows cars of A.J. Foyt, Jr. through the years. A portrait head shot of AJ is centered in the print as well. 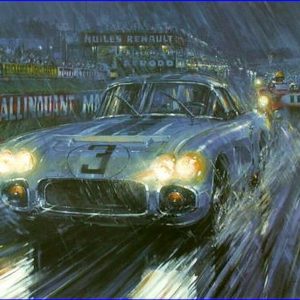 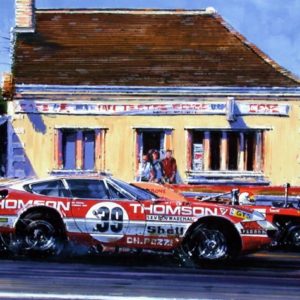 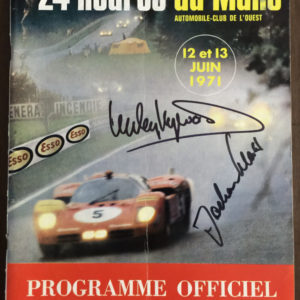 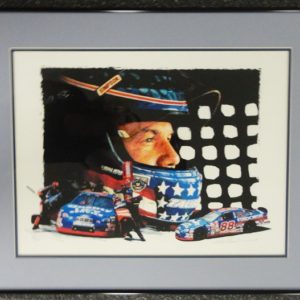 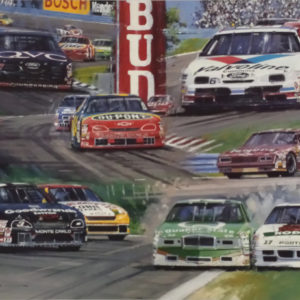 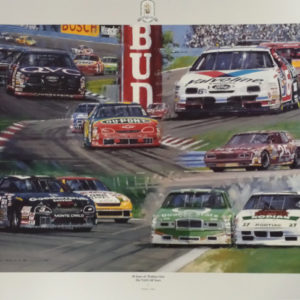 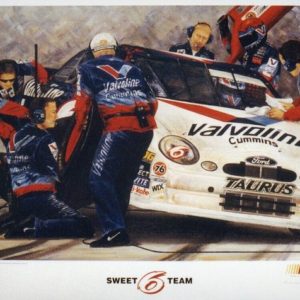 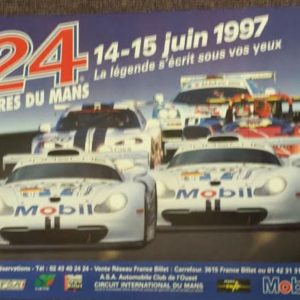 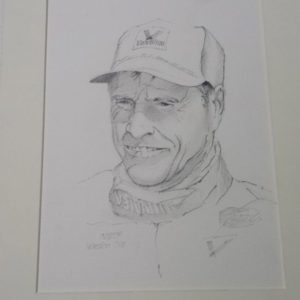