The 1981 24 Hours of Le Mans was held on June 13-14, 1981. It was the 5th round of the 1981 World Endurance Championship of Makes, and the 8th round of 1981 World Endurance Championship of Drivers. This colorful 7 1/2” x 10 1/2” color covered official program features the number #5 Peugeot driven by Guy Frequelin, Roger Dorchy, and Xavier Mathiod. The race was won by Team Porsche System with Jacky Ickx and Derek Bell piloting the Porsche. This very collectible program is in very good condition. This program is autographed on the cover by Hurley Haywood, 3 time Le Mans winner, Jochen Mass 1981 Le Mans winner, racing legend Hans-Joachim Stuck. Signing photograph of Hurley signing included while they last. 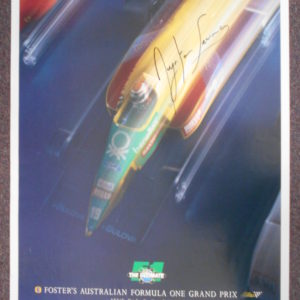 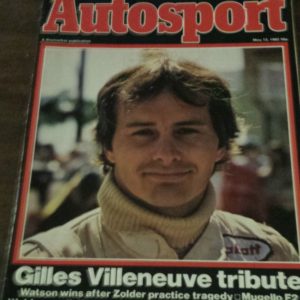 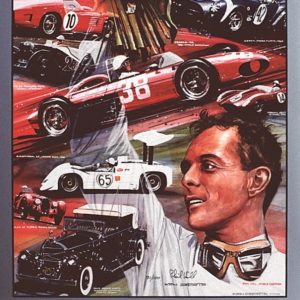 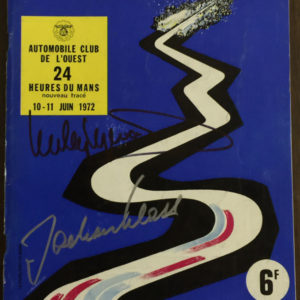 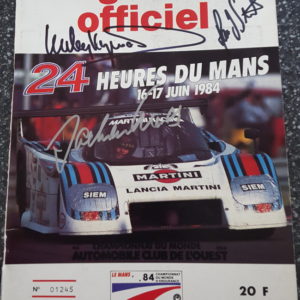